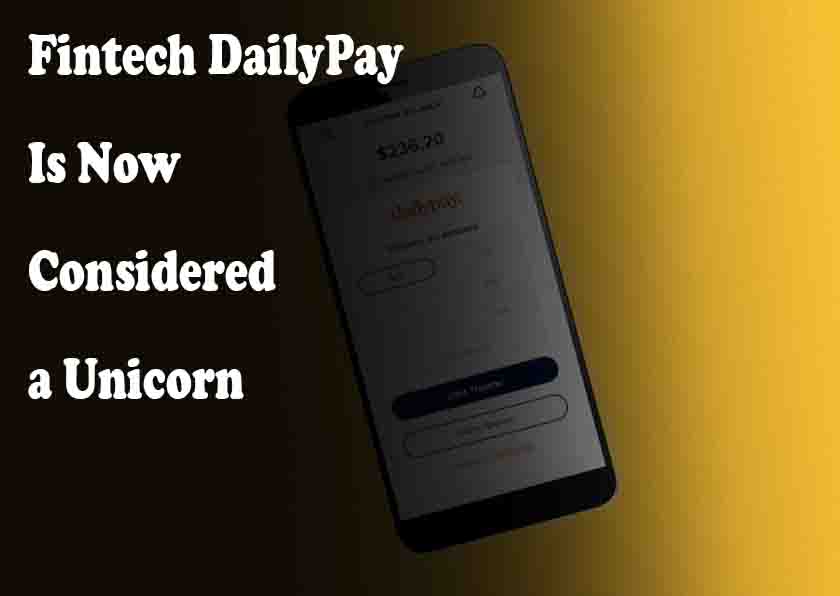 DailyPay, which provides software that lets workers control when they get paid, raises $175M Series D and $325M in debt funding, source says at a $1B+ valuation

There has been a $500 million capital raise by DailyPay, a fintech company that helps workers get their wages in real time through a mobile app.

An investment of $500 million includes a $175 million Series D investment backed by Carrick Capital Partners, along with existing investors, including RPM Ventures, which also participated, according to a statement. An individual familiar with the matter said that the round valued DailyPay at over $1 billion, which makes it a unicorn in the fintech world.

DailyPay, a company providing on-demand payments for enterprises, entrusted Cooley with its $175 million Series D financing round, along with the $325 million in credit capital it obtained from a variety of sources, to help finance its business. As part of the Cooley team advising DailyPay on their investment, Sacha Ross and Ariel Rom led the discussions leading to the unicorn status of the fintech company.

A number of existing investors participated in the round, including Carrick Capital Partners, which led it. A part of the newly raised capital will be used for the company to expand its market leadership position in on-demand pay among the world’s largest employers by investing in new market opportunities for its technology platform.

In a news release, DailyPay CEO and founder Jason Lee said that the company has partnered with world-class employers since 2016 to entitle their employees to access or save their pay as they earn it. This is the first time the company has done so. Initially, the first application of our unique technology platform was to revolutionize the way money moves between employers and their employees. In addition to changing the relationship between merchants and their shoppers, we are now expanding our platform to change the relationship between financial institutions and their customers as well. With the help of this platform, we will be able to create a new financial system by rewriting the invisible rules of money.

Due to its industry-leading technology platform, DailyPay is recognized as the gold-standard in the on-demand payment space. In addition, the company maintains connections into over 6,000 endpoints within the banking system, ensuring that it ensures that the right amount of money reaches employers, merchants, and financial institutions at the right time through its massive data network and proprietary funding model. In order to reimagine the way money moves, from the moment work begins, DailyPay is building the technology and the mindset to rethink the way money is managed.